Missouri  has appropriately expanded the "Returning Heroes Education Act" (RHEA) to include all American combat veterans that relocate and bring their diversity into our state colleges and universities. Any qualifying combat veteran that relocates into our great state has to simply register to vote or establish residency to earn this incredible benefit. The legislation further expands RHEA to incorporate any combat veterans' last discharge, should they have  joined our great Reserves or National Guard.

Eligible veterans will see a 70% decrease in their tuition for Master's Degree and Doctoral Programs (minus medicine programs), and a $50 per credit hour on every undergraduate degree program's tuition. 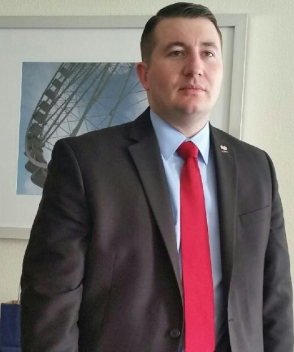 The University of Missouri faces a significant decrease in student enrollment, reduced state funding, and is rapidly cutting staff positions.  The University is looking for solutions to this serious threat to the institution.  Erik's advice: "Look to our nation's veterans."

Erik believes this crisis presents Missouri the right time for Missouri to lead nationally and expand the "Returning Heroes Education Act" (RHEA) to include all Missouri residents that are combat veterans; even those who did not begin their enlistment or commission in Missouri yet chose to make Missouri their home after their combat service ended. This proposal will allow all combat veterans that are residents of Missouri to obtain the undergraduate tuition incentive that in 2016 Erik helped champion as part of Senate Bill 968.

"Further expansion of the RHEA must be comprehensive and include incentives for Missouri's combat veterans that desire to obtain graduate level education, since the G.I. Bill covers the pursuit of a Master's Degree," said Erik.  "Further, we should look at whether combat veterans of other conflicts prior to September 11, 2001 should be included for equity to honor their sacrifice."

Erik continues to work closely with many lawmakers, veteran service organizations, and supporters throughout the state on veteran education legislation.  He is quickly finding legislative sponsors and support for this initiative among those he works with.  Erik believes that if the University continues to challenge veteran education legislation as they've done by hiring lobbyists that provide inaccurate & inflated fiscal assessments for legislation and testify "for information purposes" in hearings to cast a negative light on the same bills, they do so at their own peril.

"Any Federal dollar coming from a veteran's earned GI Bill benefit from service to the country is better than $0 the University System & Mizzou lobbyists get right now," he said.  "The University only loses money when they oppose progressive veteran education legislation like Returning Heroes that not only increases their fiscal bottom line, but also campus diversity.  Adding veterans to the campus will bring real-life experience and a world view that is perceived to be exceptionally lacking at the University right now.  It's time we act," said Erik.